Australia’s biggest automotive event, Summer Nationals or SummerNats, is coming to Malaysia and for motor heads, the hosting of the very first SummerNats Malaysia is going to be the start of a huge annual pilgrimage for custom and collectible car and motorcycle lovers.
Promoted by JPM Motorsport, SummerNats Malaysia will be held at the Sepang International Circuit over four days from 29 August to 1 September 2014. The prestigious event was officially launched by Yang Berhormat Dato’ Seri Mohamed Nazri bin Tan Sri Abdul Aziz, the Minister of Tourism and Culture Malaysia together with Mr Russell Avis, General Manager of SummerNats Australia, Mr J.P. Chin, Founder of JPM Motorsport and witnessed by Ms. Susan Kahwati, Senior Trade;Investment Commissioner of the Australian Trade Commission in Malaysia; Brunei and Datuk Razlan Razali, Chief Executive Officer of Sepang International Circuit.
“This is the first international debut for SummerNats and it’s going to be big!” said JPM Motorsport Founder, J.P. Chin.

Summer Nationals or SummerNats, has grown into a genuine Australian icon, an annual auto festival that was the brainchild of renowned car enthusiast Chic Henry who kicked off the first event of its kind in 1988. Today, 26 years later, SummerNats is regarded as the biggest event in Australia. It was voted as Australia’s Favorite Event in 2013 and in 2014, attracting a total of 103,437 spectators.

Evolving into what has become an annual pilgrimage for motor heads down under, up to 1,500 of the toughest Australian elite street machines descend on Exhibition Park in Canberra for a three-and-a-half day showdown in front of close to 100,000 spectators fueled by the judging of top street machines, the world’s best burnout battle, precision driving demos, horsepower heroics, and much more.

SummerNats Malaysia sets out to emulate this high octane show in what will also be the SummerNats brand’s first ever foray outside of Australia. SummerNats Malaysia will however, diversify its attraction to welcome the world of custom motorcycles and superbikes, in addition to taking on a more family-oriented weekend for spectators.

“Having an event, not only for the enthusiast, but one which caters to the entire family is something we strongly believe in. We’ve proven this to become a successful formula for three years running when we previously acquired the rights to host the Malaysian round of the Super GT Championship,” said Chin whose company not only promotes motor-racing events but has also successfully a carved a niche for itself in organizing concerts in Malaysia by international K-Pop artistes.

“This marks a new milestone for JPM Motorsport. We see this exciting event, as another step towards realizing our vision and mission which is: to make motorsports accessible to enthusiasts by creating opportunities and proper platforms, and to build an active and dynamic motorsports lifestyle community through various events, and ultimately, and by doing so, becoming a leader through active participation and unique conceptualization of all motorsport related activities.”

As a leading promoter of international and world class events, JPM Motorsport believes Malaysia is an ideal hub for SummerNats given the increasing levels of appreciation and the growing number of enthusiasts as well as serious collectors of classic, custom, hot rods, muscle and super cars.

Envisioned not only to become Malaysia’s largest automotive event but a regional attraction for the ASEAN automotive market, SummerNats Malaysia will also serve as a large commercial and marketing platform for car manufacturers, exhibitors of automotive products and accessories to display and promote their products to the general public.

There will be hundreds vehicles on display which consists of American and European classic, sports and muscle cars, some of which are collectibles from JPM Motorsport’s very own auto musuem.  This includes legendary classics such as the AC Cobra, the Chevrolet Camaro SS, the Chevrolet Bel Air, the Chevrolet Impala and the all American, the legendary Ford Mustang. Also on display will be thousand custom made two wheelers and exotic super bikes.

The first edition of SummerNats Malaysia will feature 8 of the competition winning cars from Australia being put on display for Malaysian car enthusiasts.

One of the highlights of the event will be the SummerNats Street Machine parade which will involve not only Muscle Cars, Classic Cars, Supercars and Sports cars but also include all genre of motorcycles from choppers and superbikes, to sports bike and even interesting bikes like Vespa participating in a parade within and outside of the Sepang International Circuit. For bikers, JPM Motorsport will be organizing a Malaysia Riding Tour in which the final rendezvous point will be at SummerNats Malaysia.

SummerNats Malaysia will also have ample local flavor, acknowledging homegrown talent by crowning the Best Local Custom Car and Motorcycle. The SummerNats Judging Pavilion will see cars and bikes alike competing against each other in 12 categories, judged by a panel of reputable judges from Australia and Malaysia through partners such as Tom’s Stickers.

SummerNats Malaysia will also feature the best Burnouts involving both cars and motorcycles. Track time will also be provided for super car and sports car owners. The event is also being supported by the presence of a fleet of thoroughbred supercars from the Ferrari Owner’s Club of Malaysia, Porsche Club Malaysia, and the Lamborghini Owner’s Malaysia.

Auto enthusiasts and spectators can also look forward to what is being planned as the biggest car and motorcycle gathering, in an attempt to set an all-new milestone under the Malaysian Book of Records. JPM Motorsport will be out to create another Malaysia book of records entry with the biggest bicycle gathering on Merdeka Day. The target is to have 10,000 cyclists gathered and for those who like, do some fun laps around the Sepang International Circuit.

SummerNats Malaysia will include a motorshow with the aim of housing all reputable car and motorcycle brands during the weekend. And for those who love or intend to customize their cars, there will also be a special zone dedicated to aftermarket products and accessories. Also being staged at SummerNats Malaysia is the UltraRacing Gymkhana for local car enthusiasts.

In addition, SummerNats Malaysia will also feature an infotainment zone. This is a new innovation where the objective is to educate the public everything about automotive, from safety related issues to fun stuff. Activities will include talks by reputable hosts, product demonstrations and crowd engaging competitions.

It will be nothing short of high speed action at SummerNats Malaysia which will also coincide with the running of the annual Sepang 12-Hour Race or previously known as Merdeka Endurance Race. The race will feature many local and international race teams, with world-class drivers piloting equally world class racing machines dicing it out for 12 hours.

In line with making SummerNats Malaysia a truly family event, JPM Motorsport has also lined up activities for ladies and children which includes a bazaar, food festival and special kids zone.

Tickets to SummerNats Malaysia are priced at RM100 for four days, and are available online from the JPM/SummerNats website or via appointed ticketing agents. 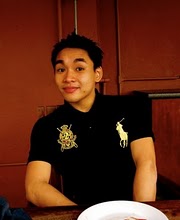